The Super Freeze: What You’ve Lost 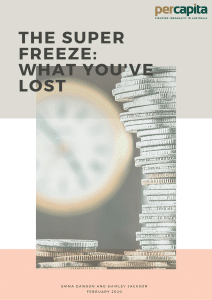 With the Retirement Income Review underway, it is important that the consideration of whether to increase the Superannuation Guarantee (SG) rate to 12% is informed as far as possible by empirical evidence rather than through a reliance on contested economic theories.

It is also critical that Australian workers, whose earnings are the subject of this debate and whose retirement incomes will be affected by any change in the system, are able to fully understand the implications of further delaying or stopping the increase in the SG rate to 12%, on both their immediate take home pay and their superannuation savings.

This report attempts to provide that empirical evidence, and to allow individual workers to assess what the impact of the delay in increasing the SG rate to 12% has been on their super savings over the last five years and, therefore, is likely to be over the next five.

This paper is not another argument for or against the proposition that superannuation contributions come from wages; rather, we have looked at what has actually happened to wages and superannuation savings since the current government froze the SG rate in 2014, on the promise that the money saved would result in higher take home wages for workers. 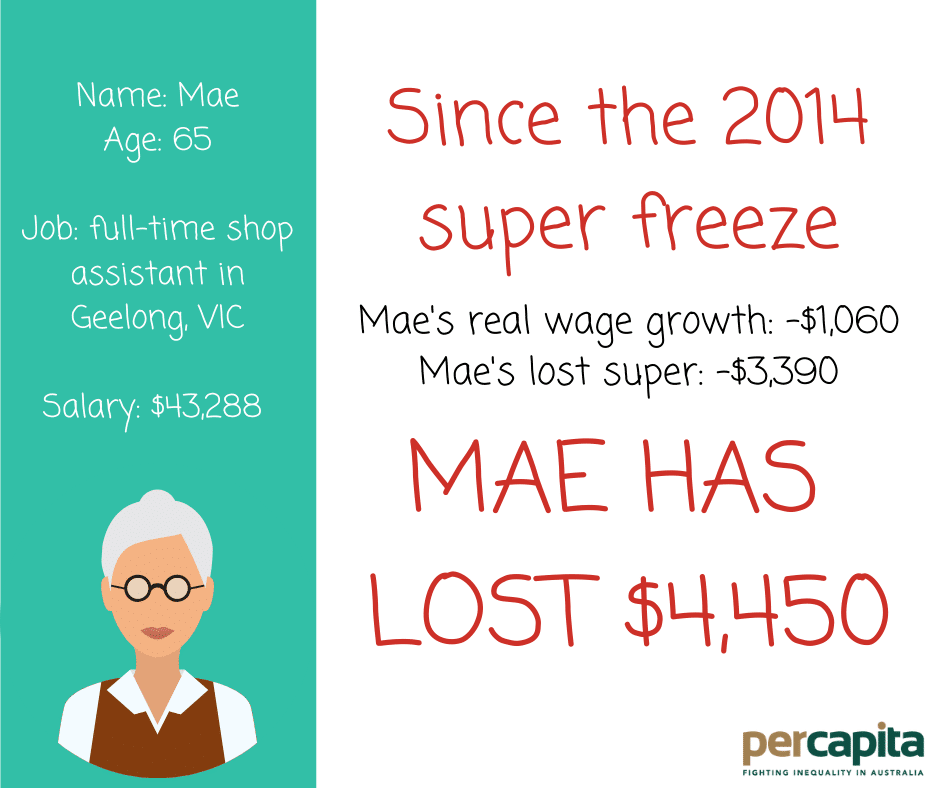 Our analysis looks at the rate of real wage growth in the five years since the implementation of the freeze on the Superannuation Guarantee rate and quantifies the amount of superannuation workers have lost as a result of the freeze.

We find that, on any objective measure, workers have suffered a significant loss in net income, calculated as changes to wages and forgone superannuation contributions combined, over the five-year life of the SG rate freeze.

Further, we find no reason to expect that these losses would not compound over the next five years if the SG rate is again frozen at 9.5% instead of increasing incrementally to 12% by 2025, as currently legislated. 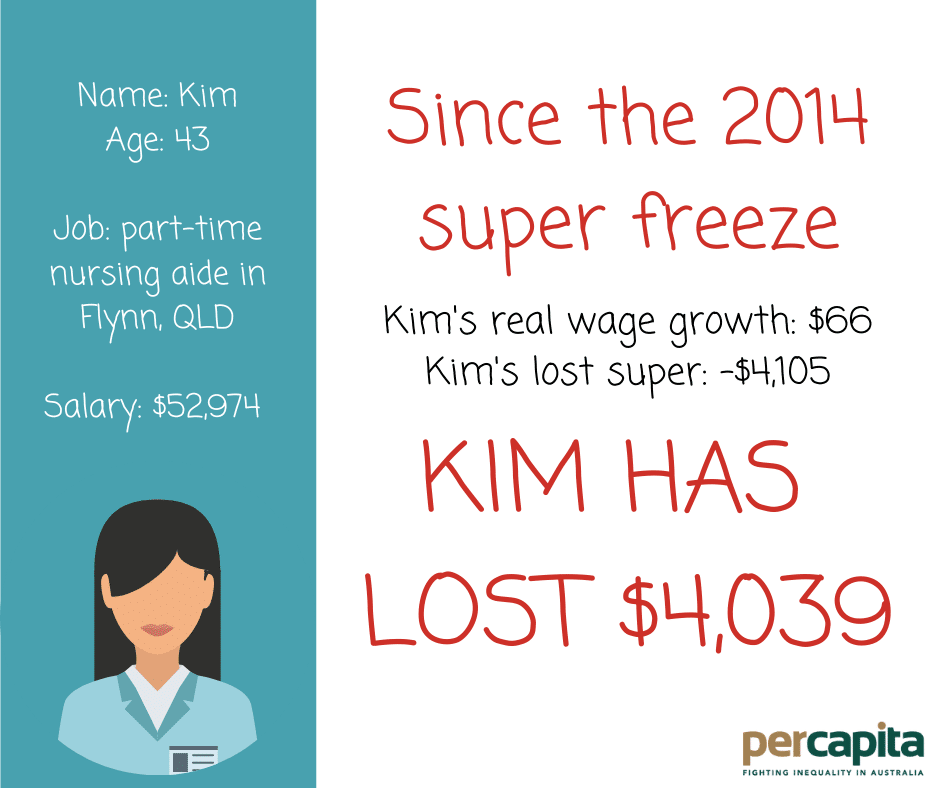 If you want to know what you’ve lost, we have also developed an interactive online calculator through which you can assess the impact of the SG freeze on your own income and superannuation balances over the last five years.

“Mae”, “Kim”, and “Steph” represent real examples of Australian workers provided by the Australian Services Union, Australian Nursing and Midwifery Federation, and Shop, Distributive and Allied Employees Association. Names and locations have been changed to protect the privacy of individual participants in the case studies.