Homelessness and the house of lies 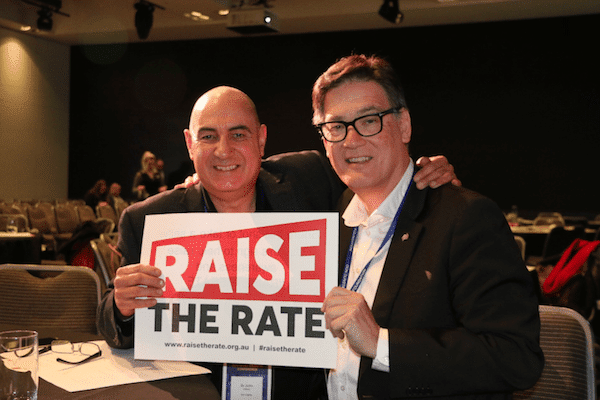 I remember learning an important lesson

From a young woman experiencing homelessness in Melbourne.

Everyone was walking past her, refusing to meet her eyes.

She wasn’t asking for somewhere to live.

She wasn’t even asking for something to live on.

All she was asking for was just enough to buy some breakfast.

But everyone just kept walking past

and the angrier she got the wider

the berth they gave her and the faster they moved past her.

I’ve been here since five this morning, she said.

I just want some coffee and something to eat.

And then she said:

In this simple utterance,

She summed up so much of what is wrong

With the way homelessness is defined

In the guts of the neoliberal nightmare.

Neoliberalism is presented by its purveyors

As the bringer of unmatched goodies,

So many that it is impossible to choose from.

Neoliberalism is pitched by its champions

As the defender of freedom,

Especially this sacred freedom to choose

From amongst all these goodies.

It is sold, not as a political programme

It is sold as the only way of being,

The only way of being alive,

The only way of being part of the team,

And it goes without saying, paraphrasing the prime minister

How good is it to be part of the team!

Neoliberalism is sold, in short, as a solution to the problems it causes.

Because it does not rate your soul so highly.

It does something far more destructive to your humanity.

The price you pay

Is one of religious devotion to the economy,

Which is code for the interests of those

In whose hands lie the bulk of the concentrated wealth

And hence the concentrated power.

Our problem, therefore, lies in the displacement of democracy

By this neoliberal notion of the economy,

A notion that actually veils the concrete economic conditions

That are not of our choosing

But that are by no means inevitable.

As the Italian theorist Domenico Losurdo puts it:

Democracy cannot be defined by extracting the fate of the excluded.

Democracy, in the neoliberal playbook, ceases to matter,

Except when invoked in the actual battle against

As democracy is displaced

Except where they are of use as consumers and disposable human capital,

This means accepting the ravages of unemployment, underemployment,

The stripping of workers’ rights through the smashing of unions,

The ripping-up of the social security system

To such a degree that it evolves into a social insecurity system,

The selling off, the shutting down, the running down,

the privatisation, corporatisation, and marketisation of the public sphere.

It means accepting the wisdom that

Is good for everyone

Even as social expenditure is reduced

And even though it is patently clear

That the wealth is never going to trickle down.

that disseminates market values and metrics to every sphere of life…

Neoliberalism thus does not merely privatise…

what was formerly publicly supported and valued.

Rather, it formulates everything, everywhere,

including and especially humans themselves.

In this house of lies,

When it comes to the essentials of life,

It is little wonder that the young woman experiencing homelessness

Should need to speak the simple truth

That drowns out the lies told about her:

If she is insecurely employed,

If a chunk of her wages are systematically stolen,

The dominant discourse assures her

If she is locked out of the labour market

And locked into unemployment,

If she is locked out from the housing market

And locked into homelessness,

If she is eventually sucked into the vortex of incarceration

Which comes with the pathologisation and criminalisation of poverty,

Despite the fact that, as Angela Davis writes,

But nobody chooses this.

And nobody chooses the life

That neoliberalism has carved out for us

Except the few to whom its untold benefits accrue.

And yet, in the neoliberal narrative,

She is the problem.

She is the problem of her own making.

The absurd proposition is that

She made her own absence of a bed

And so she has to lie in it.

Before we even talk about homelessness as a problem,

Let alone the people experiencing homelessness as the problem,

We need to ask:

What is a problem?

The word, of course, has its origins in the ancient Greek,

How we see a problem

All boils down to who defines the problem,

Who throws it before us,

And who it is thrown before.

I think you will agree that in neoliberal discourse

Homelessness is not defined by the people who know the most about it,

The people experiencing homelessness themselves.

And furthermore, it is not only thrown down

By people who are not experiencing

and who have never experienced homelessness.

It is thrown before people who have never experienced homelessness.

If you keep on accumulating lies, whether or not they are intentional,

about who or what the problem is,

you do not end up building a more equitable society

in which housing is enjoyed by all as a human right

instead of by some as a speculative sport.

Instead, you end up building extensions on the house of lies.

Are told that what they need is tough love,

Which supposedly lies somewhere between correction and coercion.

At worst, they are told that they have only themselves to blame

and that virtually any assistance

will only harm their chances of getting up

and standing on their own two feet,

fixing the mess they have gotten themselves into.

as the federal government continues to resist the calls

for a desperately needed increase to Newstart.

I want to put a positive spin on it as well

and not just say Australia’s in a housing crisis

when it affects a very, very small percentage of the population.

When you define a problem you also get to define its solution,

based on how you define its parameters.

The Minister had some interesting things to say

about how he defined the problem in this case:

There are a number of areas and I’ll be focusing on all of them,

but I think people on the street is important

because that’s what Australians see if they’re in a capital city.

They can see people on the street – they want something done about that.

and the discomfort that “people on the street”

cause for “Australians” (the “us” he is talking to).

In other words, “we” are being subjected

to the problematic spectacle of homelessness.

People experiencing homelessness are themselves defined as “our” problem.

The solution, according to this discourse,

lies not in addressing the causes of homelessness,

and certainly not in providing the socio-political space

for the people experiencing homelessness to define what the real problem is.

Rather, the solution lies in lessening its visibility,

clearing the streets of people who are made to feel residual and removable,

Because they have, according to this rationality, chosen a terrible life.

in this ideological fantasy, is not the provision of housing

but the consignment of the condemned to the house of lies.

The great poet and theorist, Audre Lorde reminds us that

“There is no such thing as a single-issue struggle

because we do not live single-issue lives….

Our battles, therefore, are inseparable.

And yet just as unity in diversity is the greatest weapon of the oppressed,

Division through demonisation is the highly effective weapon of the oppressor.

Homelessness is a symptom of the deep inequality

We appear to be growing accustomed to.

You can get used to anything,

But the more we get used to inequality

The more divided we become

And the more we lose of our collective soul,

The more we lose of the public sphere

Which the champions of inequality hate so much

Precisely because it reeks to them of democracy.

‘It is a programme for destroying collective structures

which may impede the pure market logic.’

The very fact that homelessness is hived off

as if it were a separate category of human existence,

As if it were outside the norms of market attachment

Is testimony to the effectiveness of this tactic.

Which give rise to, and characterise, the experience of homelessness.

But these conditions are manifold and profoundly interconnected,

And, while they intersect in unique ways in every personal narrative,

Attribute these conditions to the person experiencing them,

As if they had brought them into the world

And as if, through a metonymic sleight of hand,

They embodied all that they had come into contact with,

All that social and economic insecurity

As it touches us

Or dances around us.

For, yes, homelessness is a trauma.

It is, as per its original meaning,

And we can only, in John Berger’s beautiful formulation,

Speak to the immediate wound,

When we understand it to be, not only a personal wound,

But a social wound,

Or, as in the revolutionary insight of the feminist movement,

That the personal is political.

Being displaced, being devalued, being residualised and relegated,

Are experiences that come together in the phenomenon of homelessness

Homelessness does not occur in a socio-political vacuum.

It is a trend that has deep roots in the realities

and all the manifestations of exclusion and control.

It happens against a triple backdrop of colonisation

With its dispossession, exclusion and accelerated incarceration

With its cultural, institutional and economic apparatus of

Violence towards, and relegation of, women,

With its financialisation of the housing market,

And devaluation of people who need a place to call home.

If we are to speak to the social wound of homelessness

We must doggedly resist

Its fictitious separation from these cumulative trajectories.

It is not poverty that causes homelessness.

concentrated in the hands of the few,

constraining the choices of the many.

over the next 20 years to meet the current shortfall and address rising need.

is that the market is the guaranteed vehicle for the delivery of choice.

As evidenced in Finland,

the only country in Europe

in which homelessness declined over the past decade,

It is the role of government

to deliver what the market cannot,

even within the context of a market-based economy.

Homelessness is not an indicator of bad personal choices

leading to the personal tragedy of poverty.

Homelessness is an indicator of

bad political choices leading to the manufacture of inequality.

Without a place to call home it is nigh impossible

go to school, university or TAFE,

or take care of your health.

As the beautiful Irish proverb reminds us:

It is in the shelter of each other that the people live.

If any of us is without shelter,

it is because the rest of us,

through our political choices as a society,

Thinking critically about the causes of homelessness and inequality is crucial.

But acting collectively to build the kind of society

where we really are a shelter to each other;

this is the key to making a concrete difference.

This is not a gesture of charity. It is an act of justice.

With the beautiful words of Lilla Watson

And a group of First Nations activists in Queensland in the 1970s:

If you have come to help me

You are wasting your time.

But if you have come

Is bound up with mine,

Then let us work together.